Encompassing performance, film, digital imagery, installation art, soundscape, live cello and opera the work follows the narrative of Henry Purcell’s Dido & Aeneas in this modern alternative adaptation. Split into three acts the first part is an immersive audience experience with the next two acts a more traditional sit down audience experience. Following the narrative of Dido & Aeneas the scenes are all inspired by scenes and acts from the opera whether drawn from the score, libretto, setting or particular theme. Oscillating between darker and lighter moments it was decided to include some light relief in re-hashing the narrative; which Purcell had based on a Greek tragic tale (the Aeneid). From the Orchestra of the Punished Behind which sees the Queen Of Carnage (the name a play on the Queen Of Carthage (Dido)) conducting a huge behind receiving corporal punishment to the overture - to the simple and honest lament When I am Laid In Earth sung live the scenes follow the narrative in an abstract but relative manner.

The Space is a performing arts centre based in a converted church on the Isle of Dogs, East London and managed by St Paul’s Arts Trust. The Space programmes over 200 performances a year incorporating an exciting mixture of classics, revivals and new writing from new, emerging and established theatre artists. 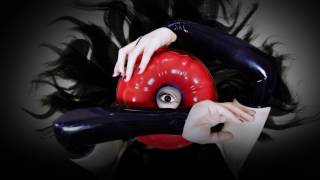 THE TRAILER IS HERE